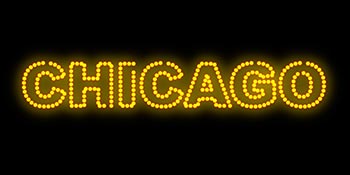 The magic of musicals returns to King Theatre this month with a production of Chicago, Milton’s first live musical since the fall of 2018.

COVID-19 paused live theater everywhere, said Kort. This year, Milton has returned to live plays, including a fall production that featured 1940s-era radio plays and this spring’s 1212 Play, Ripcord, written by graduate David Lindsay-Abaire ’88. Kort hopes that Chicago—one of the most popular and longest-running Broadway shows in history—reminds people why they love going to see shows.

Chicago stars Talia Sherman ’22 as Roxie Hart and Ingrid Krisnan ’22 as Velma Kelly, competing singers who achieve notoriety when they each become murderers. The story follows their push to get and stay in the limelight as a fickle public quickly moves on to the next sensational stories. The show also stars Manny Uzobuife ’22 as Billy Flynn, the women’s lawyer who stokes tabloid news coverage, and Phuc Ngo ’23 as Amos Hart, Roxie’s put-upon husband.

Performing Arts Department Chair Kelli Edwards is choreographing the show, which was originally choreographed by the legendary Bob Fosse. The Milton show honors Fosse’s distinct style. A combination of student, faculty, and professional musicians will perform live on stage throughout the show, which pays tribute to Chicago’s theme of “life as performance,” Kort says. Chicago opens Thursday, May 19 at 7:30 p.m. and runs Friday, May 20 at 7:30 p.m. and Saturday, May 21 at 7 p.m. Tickets are available for reservation through the Performing Arts website.