Centre Connection > Paul Coughlin: The Man Behind the Uniforms

Paul Coughlin: The Man Behind the Uniforms 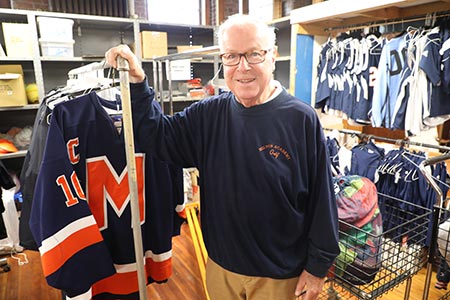 On the basement level of the Robert Saltonstall Gymnasium—what some have affectionately dubbed the “terrace of RSG”—you’ll find Equipment Manager Paul Coughlin. For every team in all three seasons, Paul oversees the ordering, storing, distribution, collection, replacement, and care of each piece of equipment and sporting apparel used by our students in the Upper School.

Paul joined Milton in 2004 following a 34-year career with Verizon, working his last ten years in the company’s Pay Phone Division. Paul joked, “Kids don’t even know what a pay phone is now, so it’s obvious why they offered me an early retirement.” A resident of Milton and close-by neighbor to Milton Academy, Paul jumped at an offer to join the school’s athletic department, assisting the department’s equipment manager at the time. What started as a part-time job quickly turned into a second career when the equipment manager resigned. Her departure opened the door to a busy, full-time position for Paul. A position that he has quietly and tirelessly fulfilled for the past 18 years. 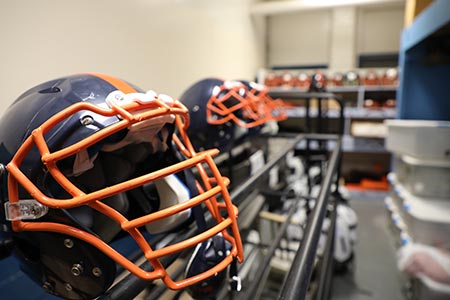 Rooms of equipment and apparel 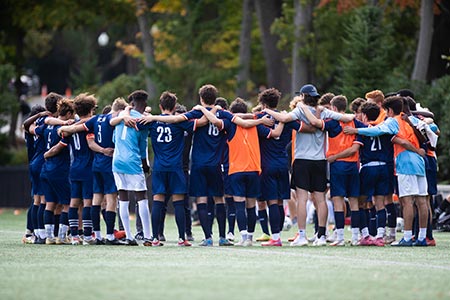 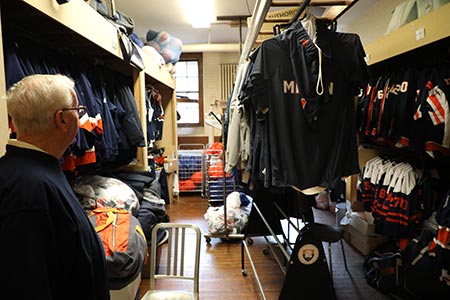 Loads of laundry a day 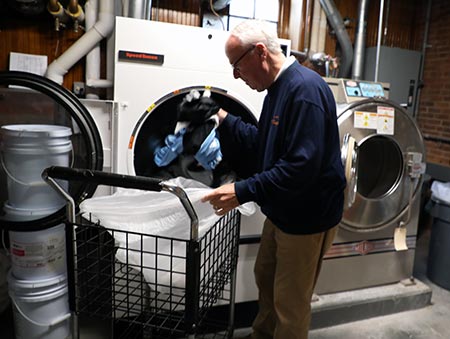